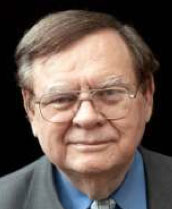 Mr. Bogdan is a dynamic leader who has the huge diversity of skills required to succeedin managing development projects, using public private partnerships strategies. He has over 40 years of experience in community and economic development, real estate, land use and finance. He is considered an expert in federal and state programs and in private sector development financing partnerships. He has directed several nonprofit organizations as its Executive Director or Chair and has a successful track record working with boards in establishing their Vision, Goals, Objectives and Programs.

He is presently the Chief Business Development Officer of the Michigan Magnet Fund, a statewide New Market Tax Credit allocatee (established by MEDC, MSHDA, & GLCF) and has managed the investment of over $145 million in twenty projects located in ten communities in Michigan. Seven of the project used historic tax credits. He recently prepared and managed the the public- private financing and development of a supportive affordable housing project, is presently acting as project manager for a downtown Detroit office building and is the Project Manager for the renovation of a 158 unit project based section 8 senior apartment project in Bay City. He completed a Land Use Plan & Development Strategy for the Brightmoor neighborhood.

The plan focused on changing city policies to create a strong, innovative and well managed land management system to preserve and improve its quality intact neighborhoods and put the abandoned land to new economic uses. Mr Bogdan initially honed his management skills through a ten year project management career at the General Electric Company profitably leading programs that were technologically and politically complex. In his role a Program Manager on the Polaris Fire Control Sytem he led through a matrix management structure. He learned how to organize disparate groups and individuals to support his activities. His formal education came from an MBA from the University of Massachusetts and a Bachelor’s degree from the City College of N.Y.

He proved his management skills when he was promoted to head Michigan’s 80 person Office of Economic Development. He established and implemented a strategic plan that totally reorganized it to focus on small business, entrepreneurism, growth industries, venture capital and reorganized his staff to bring SBIR and other Research funds to Michigan. He reorganized the marketing program to focus on growing firms already operating in the state.

He has excellent relations with state, county and city political bodies and has generally been able to sell his projects. He has strong organizational and time management skills as shown by his management of the state’s economic development organization, several CDCs, the county’s housing and brownfield program. He can communicate in open meetings, groups, living rooms, Council Chambers, and the press.

Honed His Management Skills at GE

After leaving Wayne County, Mr. Bogdan formed his own Development Consulting firm and established a web site that is used by many as a reference site. He served as consultant to the Wayne County-Detroit CDE in placing the million he obtained. He presently serves as administrator of the Michigan Magnet Fund where he manages the Board of Directors meetings and prepares all of the underwriting. He has managed the closing of its 19 mixed finance investment projects in seven Michigan cities. Six of the projects included historic tax credits, all included brownfield tax credits, and some included tax increment financing. He is anages the MMF Board of Directors using modern internet management and teleconferencing techniques.

He was promptly hired by the troubled Detroit Housing Commission to provide program management support for its replacement housing factor program. He assisted in pulling together several of its housing projects. He was a consultant to Lutheran Child and Family Services to implement its LIHTC project and is leading its initiative to build supportive affordable housing for homeless youth aging out of the foster care system.

Obtained minority business financing. Member of a microloan loan committee. Hired by LISC, he led a team of planners, market analysts, and engineers, to prepare a Land Use Plan and Strategy for the Brightmoor neighborhood in Detroit. One of the key proposals was for the City to establish a strong land management system to assemble and manage its property and to focus the city’s development process to create a stronger city. He strongly urged the city to refocus its strategies and priorities to protect and strengthen its strong neighborhoods using its capital outlay procedures, focusing its HOME and CDBG programs on rehabilitation and home improvement in those targeted neighborhoods. He proposed major changes in land assembly, management and land control. As a pilot, he proposed the creation of a suburban style New Economy Business Park to bring jobs back to Detroit.

In addition, as an expert consultant, he has prepared LIHTC applications, a brownfield plan for Focus Hope and others, has acted as program advisor to Presbyterian Village, prepared a Wayne County HUD 108 application for Techtown, worked with the plaintiffs in the discrimination suit against the City of Hamtramck. As part of this plan he has met regularly with Judge Damone Keith.

 Facilitated and raised the funds to help initiate a program to settle a 40-year-old discrimination suit. This included moving Hamtramck, Highland Park, and Inkster from the "balance of state" into the Wayne County CDBG Primary Jurisdiction, preparing the first HUD 108 loan and obtaining BEDI grants, using the City & Water Sewer Funds and Public Act 51 Funds to totally rebuild the infrastructure of the neighborhood. Established a homeownership program and built for sale homes for the plaintiffs. He established the Wayne County Brownfield Redevelopment Authority – the first in the state. Raised millions of dollars from the EPA for environmental assessment and remediation primarily used by CDCs to evaluate tax reverted properties. Established a scattered site homeownership program using NEZ.

He structured a Brownfield TIF program using a HUD 202 project to finance a mixed-income condo project. Established and chaired a nonprofit corporation to rehabilitate houses for sale to homeowners in Highland Park using innovative resources of Fannie Mae, Freddie Mac and Charter One Bank. He learned what to do and not to do for a successful rehab program. He established a Homeownership Crusade program providing down payment assistance for existing for-sale housing. Established the Wayne County-Detroit CDE, became its President and applied for and obtained $27 million in new market tax credit allocation – the first in the state. Knows and implemented HUD Environmental Reviews. Established the Project SAVED program to transfer tax reverted properties to Detroit nonprofits and wrote an article attacking the tax reversion system that caused legislature to change the entire system. Helped establish and finance three new subdivision projects using mixed income housing in Ecorse, Melvindale, and Inkster.

Very Entrepreneurial in Approach to Leadership

Acted as Development Consultant for Michigan communities in regard to preparation of market studies, using vision based strategic planning, and structuring development projects for such projects as Bay City downtown, Midland Street, Ferndale downtown, Meridian Township master plan. Some of the projects included the land assembly and development of shopping centers in Royal Oak Township and Hazel Park; redeveloping the John R corridor in Hazel Park; using senior housing to redevelop part of downtown Fenton, and preparing the Vision and strategy for Eight Mile Boulevard, including establishing a new corridor organization.

Bay County and Hazel Park; organized and raised the private funding. He raised millions in tax increment financing funded projects. Did community organizing and prepared and obtained approval of the Renaissance Zone Application for Saginaw.

Bogdan prepared a market-rate housing market study for Flint, including the use of focus groups to define the housing product and neighborhood design. He structured the tax increment financing for the Vining Road - I-94 intersection in Romulus - the first privately financed interstate interchange in the U.S. Prior to 1988, Mr. Bogdan served as Executive Vice President of Energy Conversion Devices preparing business plans for photovoltaic systems, flat panel displays, and other products as part of soliciting joint venture partnerships. As an Urban Coalition director, he set up and financed a regional transit authority, developed and raised the funds for a housing development corp, a regional economic development program, and set up and managed the public employment program, business training program and communty college based training skills. He organized a minority procurement program. As Michigan;s Detroit Regional EconomicDevelopment Director he built 2 office buildings in exchange for a missile plant that now operates as an assembly plant. He is credited for selling GM on building the Poletown GM plant and for organizing the Oakland Technology Park. At one stage of his career he hosted a political interview cable TV show in Massachusett.

Has Prepared Strategic Plans for Communities as part of Master Plans

Knows how to Use State, Federal, and Private Financing